International Voices Speak Out Before Final Verdict Scheduled for May 30

The last 638 days of campaigning for the freedom of Canadian citizen Salim Alaradi has given rise to a global call for innocence on May 30th. Governments, the United Nations HRC mandates, human rights groups and members of the international legal community have spoken out for due process and freedom.

Yesterday lawyers from Canada, US, UK, Libya and other countries issued a letter to UAE President Sheikh Khalifa bin Zayed Al Nahyan calling for the release of Alaradi and the American nationals co-accused in his trial, Kamal and Mohamed Eldarat. 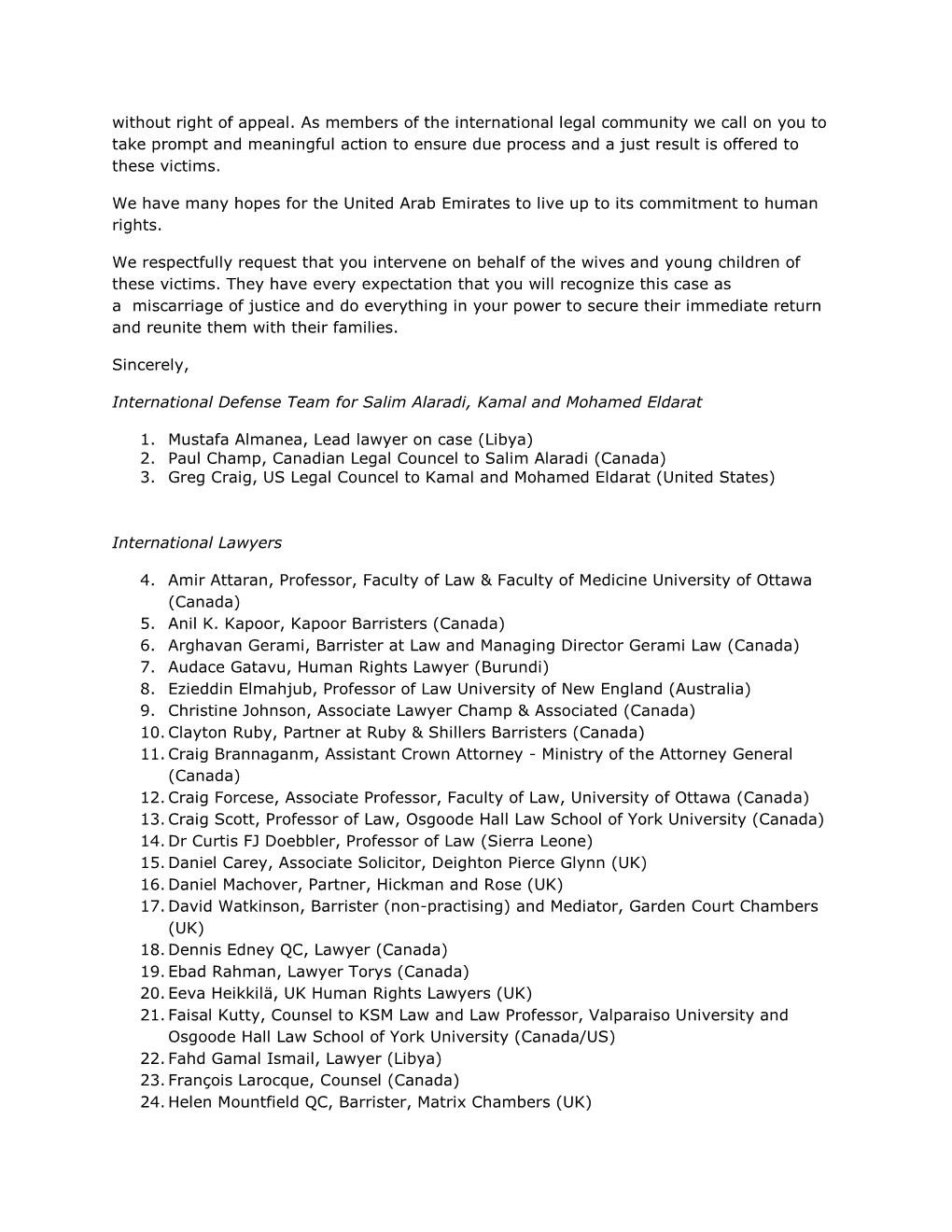 Supporters around the globe call for freedom

Over the last two weeks there has been a wave of support from hundreds of people in every continent posting signs for “Freedom #MAY30” on social media. 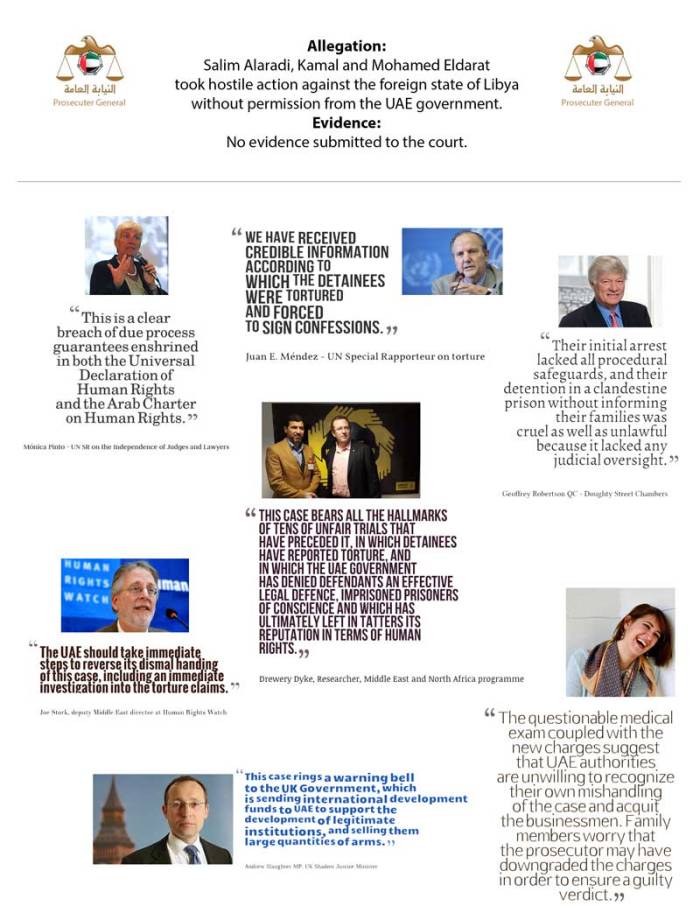 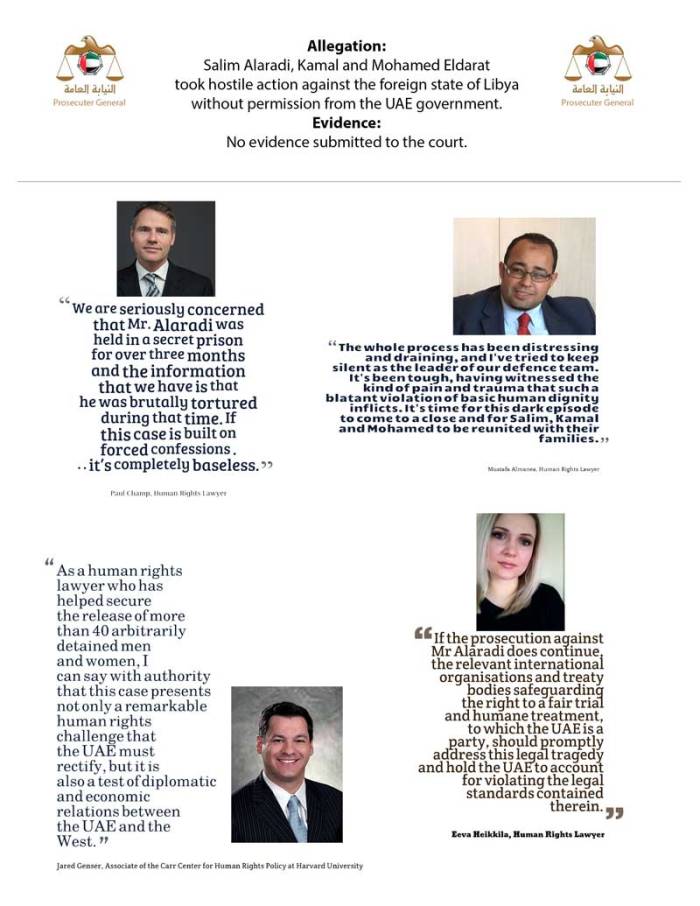 The Union issued a statement condemning all violations against the detainees, since their arrest, to this day. It condemned all cruel and degrading treatment they faced, reported by impartial international organizations reports.

The Union furthermore called for all lawyers and all those concerned with legal rights, and human rights in general, from within and outside Libya, to declare solidarity with the prisoners and their fair cause.

Jared Genser is internationally recognised for his work in securing the freedom of individuals arbitrarily detained. Yesterday he released apowerful op-ed about the case.

“As a human rights lawyer who has helped secure the release of more than 40 arbitrarily detained men and women, I can say with authority that this case presents not only a remarkable human rights challenge that the UAE must rectify, but it is also a test of diplomatic and economic relations between the UAE and the West.”

“Despite global attention, serious due process abuses have continued since the trial began this January. As noted by the U.N. Special Rapporteur on the independence of judges and lawyers, the men were charged retroactively charged under a law that did not exist at the time of the alleged acts or arrest, and access to lawyers has been both extremely limited and not confidential. And in a stunning turn of events in March, the prosecution dropped the terrorism charges entirely and replaced them with lesser criminal charges, after its nearly identical terrorism case against two of the other businessmen arrested fell apart. The evidence against the men had reportedly consisted of only one witness statement – provided by an employee of the UAE security forces with no eyewitness evidence – and confessions obtained during torture.”

Since the new charges were filed in the court no evidence was submitted to support them.

Global Affairs Canada Calls for a Fair and Transparent Trial on May 30 for Canadian Salim Alaradi
May 26, 2016
Read Next

International Voices Speak Out Before Final Verdict Scheduled for May 30