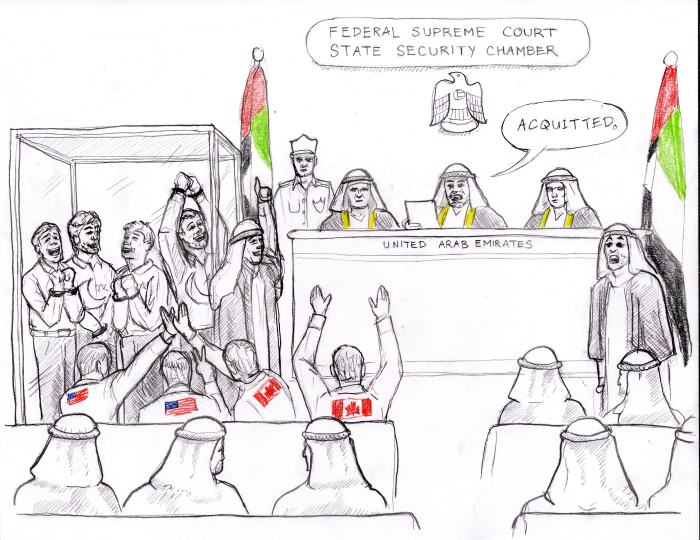 After hours of waiting today the UAE Supreme Court State Security Chamber Judges acquitted Salim Alardi and his co-accused. While his lawyers and Canadian officials expected him to leave the court room a free man with them, he was taken by State Security back to the prison.

The acquittal is the culmination of 642 days of arbitrary detainment and a trial tainted with due process and human rights violations in which the United Nations, many international human rights organizations, high level Canadian officials and Canadian citizens denounced and called on the UAE to dismiss the charges. While we welcome the just verdict of innocence, Alaradi’s freedom is dependent on the implementation of this judicial decision by the State Security.  Lawyers and family are concerned because there is precedence of UAE State Security delaying the release of acquitted victims.

Alaradi ordeal has come a long way. Initially he was charged with supporting terrorist organizations and then the UAE’s State Security prosecutor withdrew all terrorism charges after three months of trial hearings, and filed two new charges against Salim. The new charges falsely alleged that Alaradi took hostile actions against Libya by sending humanitarian supplies to organizations without permission of the UAE government, and that he collected donations without permission of the appropriate ministry. Libyan officials including the Attorney General, the former President of Libya and former ministries all refuted these allegations in written affidavits submitted to the court.

Alaradi’s lawyers and family are shocked that Salim has been taken back to the prison. The courts have ruled that he is innocent and as such he should not have to spend another moment in prison. This would never have happened in Canada – an innocent man is a free man. This is a continuation of the gross violations of his human rights.

Lawyers are working on arranging his immediate release so he can be reunited with his family and admitted to a hospital for medical treatment.

We call on the Canadian government to intervene at the highest levels to ensure that he is freed and allowed to come home. 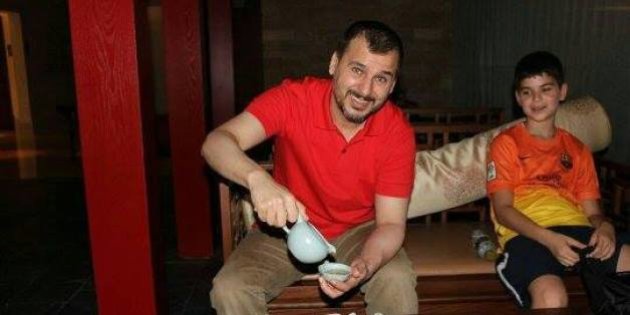